Be the Best Type of Legal Networker 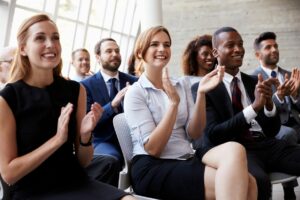 Be the Best Type of Legal Networker

In order to be the best type of legal networker, you need to first learn to recognize the different types there are. This is an acquired skill developed with time and practice, and I’ve helped hundreds of attorneys with this. Call my office today at (847) 602-6911 and we’ll get started with a free consultation.

As we’ve established, simply “getting out there” isn’t enough in the contemporary networking scene. It’s more critical now than ever before to employ a thoughtful approach to networking in order to find success. Many attorneys I work with express discomfort at the notion of networking due to fruitless past attempts, which makes the whole endeavor seem a waste of valuable time. However, applying an efficient and effective process to networking will ensure you get optimal results from your time investment.

I’ve categorized business networkers into three groups. In addition to identifying which group you might belong to, it’s important to quickly identify which group others fit into as well. Identifying which group the person you’re speaking with falls into can make or break your results. Learning to recognize these different traits are all key to accomplishing your goal of being the best type of legal networker.

A “Taker” is an individual who attends numerous events and racks up an imposing collection of names and business cards as a way to push appointments and close sales. Unfortunately, these sometimes-aggressive creatures can burn enough people that word “gets around” and ultimately helps to dissolve their reputations. You may even start to observe people physically positioning themselves away from a Taker at consecutive events. Although avoidance seems an appropriate strategy, the Taker should not be dismissed outright. For some people, simply obtaining new sales (however generated) is and always will be their focus.

Perhaps a compassionate view toward seemingly aggressive Takers is the best way to view them. After all, many entrepreneurs require sales quotas of their employees to retain their jobs as a strategy to keep the business viable. Some Takers simply haven’t been taught the art of networking, or are confused on how best to utilize networking in order to achieve long-term results.

The Apparent Giver is the most common networker type. Apparent Givers are those people who, sometime during their careers, have heard and taken very much to heart the concept that “givers gain” or “give to get” as a mantra relating to networking. They believe they understand how to network and think of themselves as major players in the networking game, but often they miss the boat on the important component of follow-through.

When I meet an Apparent Giver, I always perform a small test. I ask this potential Apparent Giver to make an introduction for me to a third party to observe the person’s follow-through. If the Apparent Giver seems to stumble on the action portion of the equation, I may step in and try to help the person out with a reminder e-mail or phone call to discuss progress on the referral that was offered. After that, if my prompts don’t bear fruit, I begin to seriously question my new contact’s ability to become a referral source for me. This low-commitment testing process provides me with an opportunity to gauge the new contact’s mettle in terms of living up to promises before spending time on someone who’s unable to be an active part of my network due to inertia. The same approach can work for you. For additional ideas, watch my video on qualifying the people you meet at networking events.

The ultimate networking aspiration, the best type of legal networker, is to become a True Giver and to seek to interact with others of this type. True Givers understand the “big picture” when it comes to networking. This networker’s mantra is: “I’ll give selflessly, regardless of what’s in it for me personally.”

The downside of being a True Giver comes down to a math problem. When I started networking many years ago, I attended three or four networking events each week. Depending on the type of event, I’d meet from 3 to 20 new people at each event. Early on, I filled up my calendar with anyone who’d meet with me. There were days I’d go to five coffee meetings back-to-back.

While other networking resources might suggest that being a True Giver requires never asking the “return on investment” question (many lawyers need help to understand the ROI of networking), I posit that effective networking requires informed, judicious giving of your time and connections to the right people for the right reasons. After all, there just aren’t enough hours in the day to run around doing good deeds for every person who crosses our paths.

If you are a busy lawyer who finds networking too overwhelming or a waste of time, I’ve got a wealth of resources and knowledge to break it down for you and make networking not only doable, but highly valuable. Call me today at (847) 602-6911 to find out more.

Are you serious about doubling or tripling your book of business?  Schedule a FREE consultation and we’ll discuss your business goals and how you can learn to BE THAT LAWYER: confident, organized, and a skilled rainmaker.

Let’s Get Started
Previous Post
The Business of Law: Why Lawyers Must Develop their Own Books of Business
Next Post
Repost: Staying ahead of the game, growing a legal practice efficiently and ethically in 2019 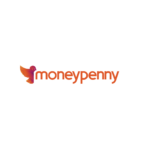 How the Legal Industry can Adapt to the Four-Day Week

10 May at 8:47 am
Contributed by Bernadette Bennett, Head of Sector for Moneypenny The legal industry is not immune to the phenomenon of the… 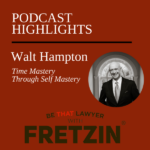 27 Jan 2021
Enjoy the highlights from my interview on BE THAT LAWYER with Walt Hampton! This edited transcript addresses time mastery, how… 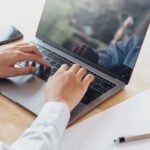 29 Oct 2020
As your friendly neighborhood lawyer coach, I get the privilege of hearing excuses from attorneys on why business development growth…