What does the Beatles Documentary “Get Back” Teach Lawyers about Building Relationships? 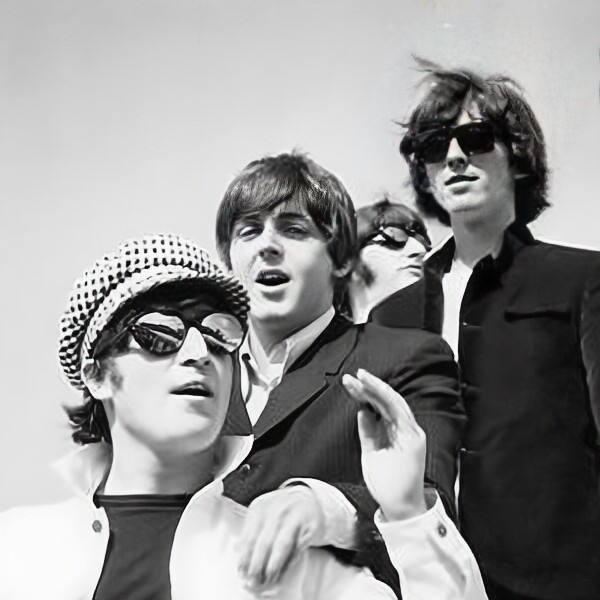 Have you ever had a friend show you a picture or video from your past that brings back vivid reminiscences that you’ve simply forgotten? Maybe it showed some forgotten insights into your life that indicated where you were at that point in time. In watching the new Beatles documentary, I was absolutely fascinated to peek behind the curtain to see what these four idols were really like. For me, a student of human behavior, it wasn’t just about the creative process in the studio (which was AMAZING), but rather the relationships between these four unique personalities. I remember turning to my wife, Lisa, to share my “ah-ha” moment regarding how these very different people, with very different approaches,  collaborated with such harmony (pun intended).

Most professionals have heard of the Myer Briggs personality test or the DISC Assessment, which is the universal language of behaviors. While they are both strong leaders in the assessment world, I’ve always floated back to the DISC as my go-to for evaluating who people really are and why they behave the way they do.

As humans, we have all four of these behavior styles running through us, however, you undoubtedly have one or two that make up your foremost behaviors. The DISC helps us answer questions about why someone acts the way they do, enjoys things you might not or may take a different job than you ever would. Traits such as introversion, extroversion, task-focused, or people-motivated differentiate us in various ways. In watching and observing the behaviors of the Fab Four, I concluded (from my own experience) that each Beatle was unique in how they added value and collaborated to make some of the best music that has or will ever exist. Again, I shared this epiphany moment with my wife and she was pretty impressed, so here’s what I came up with.

Paul was the high “D for Dominance” of the group. He led the band when their manager died and held them together to keep creating and collaborating when everyone seemed to be going in their own direction. Additionally, watching him manage the somewhat childish behaviors of John in the studio by getting down to his level was captivating. Typical descriptors of a “high D” are driven, ambitious, pioneering, and determined.

Speaking of John, he was clearly the high “I for Influencing,” as he danced and pranced around the studio like no one was watching. His passion for his music, his wife, Yoko, and his laissez-faire attitude was inspiring. It was clear that he was all about the experiences in life and taking it all in (like watching the wheels go round and round). Typical descriptors of a “high I” include inspiring, enthusiastic, optimistic, and persuasive.

Ringo was the high “S for steadiness” in that he supported everyone and seemed to go along for the ride. Like the sixth man on a basketball team, he was the utility player, built to add value and contribute to the team. He was also a key supporter or “the glue” within the band, which is a clear attribute of a high S behavior style. Typical descriptors of a “high S” are relaxed, passive, predictable, and steady.

George was the wild card as the high “C for Compliance” within the group. Incredibly analytical and methodical in his contributions, George made every song better. While clearly jealous of Paul and John’s relationship, he longed to feel appreciated and included as a valued member of the group. His quiet and introverted demeanor may have eclipsed his brilliance as a songwriter within the band. Typical descriptors of a “high C” would include cautious, exacting, systematic, and open-minded.

Okay, so now the question is, what the HELL does this have to do with being a lawyer and growing one’s book of business? As you know, developing a successful law practice is all about relationships. That’s where the referrals and repeat business come from. So, the next time you’re in front of a client, referral partner, colleague, or even a friend, ask yourself, “Am I dealing with Paul, John, Ringo, or a George?” The little secret about relationships is that people don’t want to be treated the way you do; they actually prefer to be treated the way they are. Think about that. As an experiential, big picture person, do I want a “high C” talking to me about the fine details of the law? Please, no! If you’re in the office with a short-tempered, get-it-done managing partner, does she really want to see the pictures of your vacation with the kids to Disney? A resounding no! It should also be noted that when you pick up on someone’s dominant behavior style, you may take their actions less personally. For example, my son, Andrew, is a “high D” (I tested him, of course) and he tends to get angry more quickly than most people. I don’t take it personally, but rather say to myself, that’s my boy, the “high D” doing his thing. Sure enough, five minutes later it’s as though the teenager’s temper tantrum never happened.

The point, dear reader, is that people do business with those they know, like, and trust. The best way to build a strong relationship with someone is to modify your communication style to align with the other person’s. I’m not saying you should be someone else, but rather it will allow you to communicate more effectively with those different than yourself. People like people like themselves, so give them what they want. Try to identify your clients, peers, and friends D-I-S-C and ask yourself, am I dealing with a Paul, John, Ringo, or George here?

Ready for More?
Schedule Your Chat with Steve